« Your Guitar Teacher
Guitar Lessons For Your Brain »

Facts about the guitar

Facts about the guitar 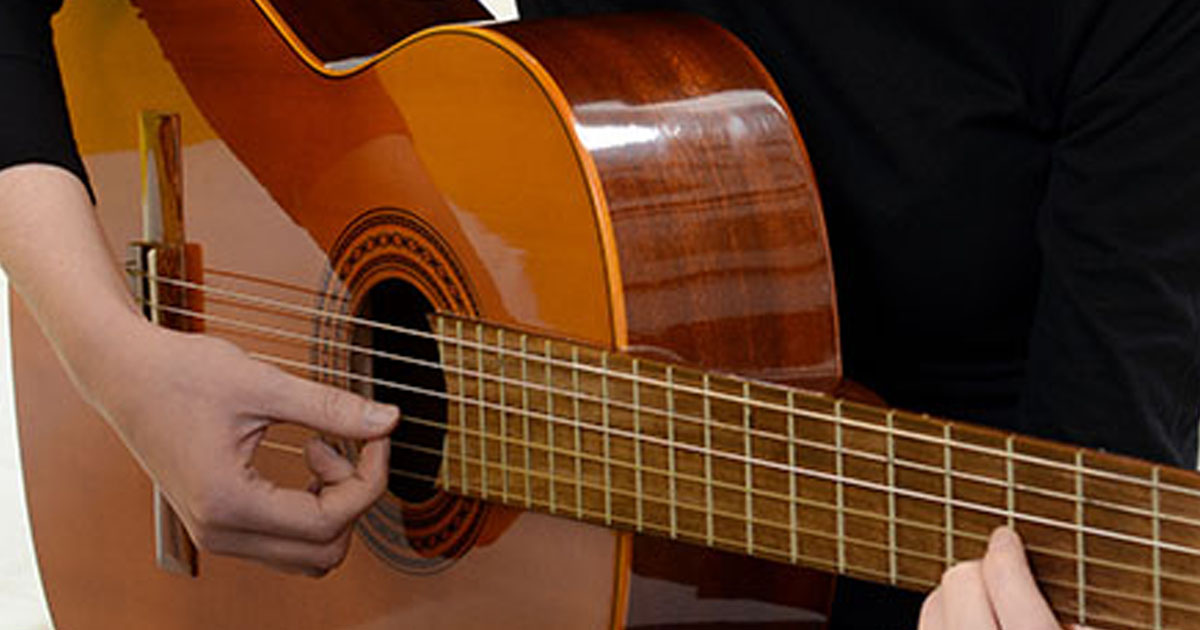 You are interested in the guitar. You take guitar lessons. Perhaps you study guitar with David Joel in Philadelphia. Maybe you are getting really good or maybe you still need some work. Whatever level you are at playing, it’s always good to learn more. Of course, practice makes perfect but what about little facts concerning the guitar? It’s always good to have some facts up your sleeve whether you want to impress your friends or you just have an insatiable curiosity about the guitar.

The first guitar was created in Ancient Egypt

It belonged to a singer of the time known as Har-Mose and was made from polished cedar with a rawhide soundboard, featured three strings, and even had a plectrum device attached to the instrument via a chord. It was created 3,500 years ago and is on display in the Archaeological Museum in Cairo.

The world’s biggest guitar is over 40 feet long

Certified by the Guinness Book of World Records, the world’s largest guitar is about 43 feet long. That’s about the length of a bus! It’s more than just a model; it is actually a playable instrument with each string delivering the correct pitch. The guitar was made by the Academy of Science and Technology in Texas weighs 2,255 pounds, took almost a year to build, featured aircraft cable for strings, and was in the iconic shape of a Gibson Flying V.

The shortest guitar is just 10 microns!

You can’t play this guitar, which is 1/100,000 of a meter long. Made by researchers at Cornell University in New York, the double-cutaway style guitar actually had strings capable of being strummed although the frequencies are so high they are inaudible to the human ear.

The most expensive guitar ever sold for $2.8million

Created by Fender, the one-of-a-kind “Reach Out To Asia” Stratocaster was sold at auction to raise money for victims of the 2004 Indian Ocean earthquake and tsunami. The Strat itself is rumored to have cost Fender about $20,000 to produce; the final price reached millions due to the unique decoration. This came in the form of signatures across the face by 19 guitar icons. These included Mick Jagger, Keith Richards, Eric Clapton, Brian May, Jimmy Page, David Gilmour, Jeff Beck, Pete Townsend, Paul McCartney, Sting, and Bryan Adams.

While other brands, such as Fender, had been developing guitars with extra strings, it was Ibanez who became the first brand to mass-produce guitars with both seven strings (introduced in 1990) and eight strings (arriving in 2007).

And just for fun…

There is a dramatic story behind B.B. King’s Lucille

B.B. King famously named his guitars Lucille. The reason? One evening, while playing at a dance in Arkansas, two men began fighting over a woman. The result of this was a barrel of kerosene being knocked over, causing a fire which turned the dance hall into an inferno. Once outside, King realized he had left his prized Gibson inside, so darted back in to save it. The next day he christened his guitar “Lucille,” which was the name of the woman who inspired the fight. This was, as he said, “to remind me never to do a thing like that again.”

Take guitar lessons in Philadelphia with the David Joel Guitar Studio and don’t forget to show off your newfound facts!

Categories: Benefits of Guitar Lessons in Philly, Best Guitar Teacher in Philadelphia |
Warning: count(): Parameter must be an array or an object that implements Countable in /home/customer/www/philadelphiaguitarlessons.com/public_html/wp-content/themes/davidjoel2018/functions.php on line 944
Tags: No tags |
« Your Guitar Teacher
Guitar Lessons For Your Brain »