Facts About The Guitar

All about the guitar 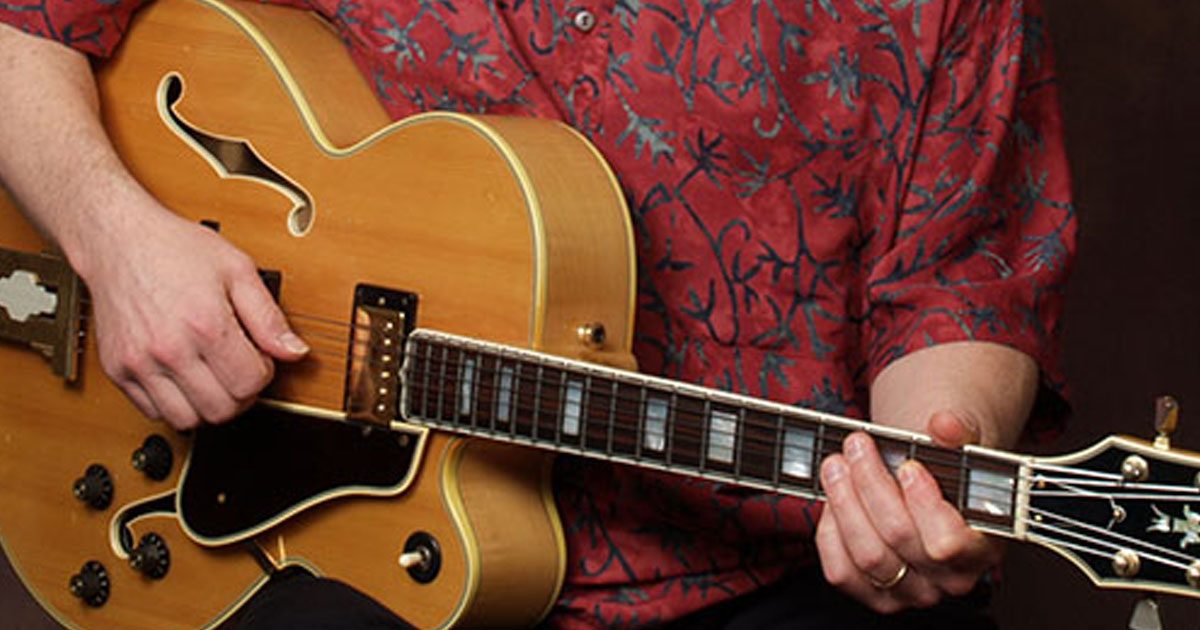 The guitar, a plucked stringed musical instrument, probably originated in Spain early in the 16th century. The early guitar was narrower and deeper than the modern guitar, with a less pronounced waist. The guitar originally had four courses of strings, three double, the top course single, which ran from a violin-like pegbox to a tension bridge glued to the soundboard, or belly. The bridge, therefore, sustained the direct pull of strings. In the belly was a circular sound hole, often ornamented with a carved wooden rose.

From the 16th to the 19th century several changes occurred in the instrument. The fifth course of strings was added before 1600. By the late 18th century a sixth course was added. Before 1800 the double courses were replaced by single strings tuned E-A-D-G-B-E, still the standard tuning. The violin-type pegbox was replaced about 1600 by a flat, slightly reflexed head with rear tuning pegs. In the 19th century, metal screws were substituted for the tuning pegs. The early tied-on gut frets were replaced by built-on ivory or metal frets in the 18th century. The fingerboard was originally flush with and ended at the belly and several metal or ivory frets were placed directly on the belly. In the 19th century, the fingerboard was raised slightly above the level of the belly and was extended across it to the edge of the sound hole.

The 19th-century innovations were largely the work of Antonio Torres. The instrument that resulted was the classical guitar, which is strung with three gut and three metal-spun silk strings. Nylon or other plastic was later used in place of gut. Other forms of the guitar include the metal-strung guitar played with a plectrum in folk and popular music, the cello guitar, the steel guitar, and the electric guitar.

Guitar music from the 16th to 18th century was notated either in tablature or in a system of alphabetical chord symbols. Jazz-guitar tablature shows chord symbols on a grid representing strings and frets. The guitar grew in popularity during the 17th century. It remained an amateur’s instrument from the 17th to early 19th century.

The guitar is widely played in the folk and popular music of many countries. In Jazz ensembles, it is part of the rhythm section and is occasionally played as a solo instrument. In popular music, the guitar is usually amplified and ensembles frequently include more than one instrument, a “lead” guitar for solos, another for rhythm, and a “bass” guitar to play bass lines.

Understanding some basic facts about the guitar will not only heighten your playing experience, but it can also help you to understand how certain sounds have an impact on your playing. Knowing the parts of the guitar are just as important as taking lessons to learn how to play it. To achieve the best playing experience, it is important to take guitar lessons from a qualified instructor or will teach you the importance of guitar structure and music theory.

Learn how to play guitar or broaden your horizons with David Joel.

Categories: Benefits of Guitar Lessons in Philly, Best Guitar Teacher in Philadelphia |
Warning: count(): Parameter must be an array or an object that implements Countable in /home/customer/www/philadelphiaguitarlessons.com/public_html/wp-content/themes/davidjoel2018/functions.php on line 944
Tags: No tags |
« Learn To Play Guitar
Guitar Lessons & Your Brain »