Why choose the David Joel Guitar Studio to learn guitar? 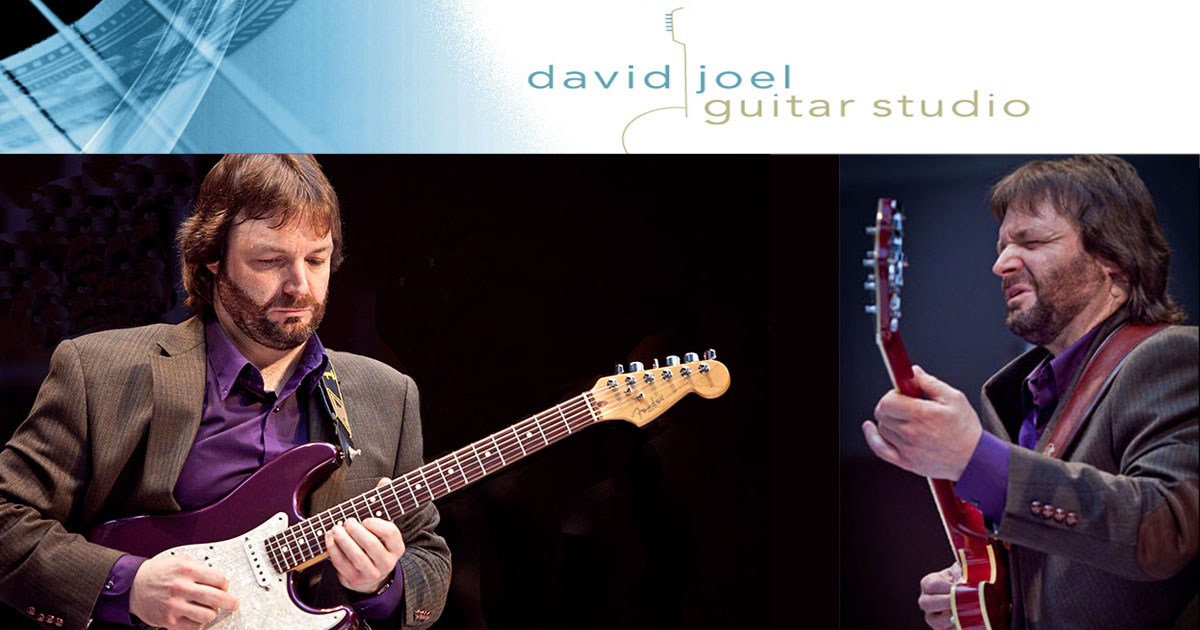 Have you ever met someone and became so deeply enamored with him or her? You just know they are filled with greatness that you want to emulate them and learn and grow from them as well? Like, people, you meet at different seasons of your life for different reasons each one teaches you something. It could be a boss who taught you professionalism, or a professor in college who helped shape you into the person you have become, it can be anyone. Even a guitar teacher can capture your attention and teach you things about the guitar, music and even yourself that you didn’t know. For many, that guitar teacher in Philadelphia is David Joel.

David was born in Philadelphia and began playing guitar at the age of nine. He grew up playing in rock bands in the early 1980’s and then earned a Bachelor’s Degree in Boston from Berklee College of Music. He went on to earn his Master’s Degree from New England Conservatory in Boston and followed that up by becoming an instructor at Berklee. David has traveled to many lands including Japan, Europe and throughout the Boston and Washington DC areas.

David has a broad scope of musical experience as a performer, composer and over thirty years as an instructor. He yields a large and diverse range of abilities to express, create, entertain and educate in a wide breadth of musical styles. As a solo guitarist and director/composer of The David Joel Quartet, a contemporary jazz-fusion group, David performs regularly throughout the tri-state area. David is the owner of the David Joel Guitar Studio where he offers lessons to students of all ages and in all styles.

The love of playing and the love of teaching go hand in hand for David. He enjoys teaching as much as he enjoys performing and you can see this in his teaching styles. He teaches in a one on one setting so that he can focus on each individual student and teach him or her based on his or her talent and skill levels. David doesn’t want his students to feel nervous or embarrassed in front of other students if they aren’t at the same level. He feels that students will learn at a better pace and gain a better understanding of the guitar.

Learning to play the guitar can be an extremely enjoyable task. It can also be intimidating and hard. So the key is for a student to learn or be taught by having the material broken down for him or her in a manner in which will enable the individual to have success and fun while studying. David finds that teaching music theory is extremely important in order to understand what it is you are learning to play. Having an understanding of the music is half the battle. He then teaches proper technique. David believes that both go hand in hand.

If you are looking to take guitar lessons in Philadelphia, you will not be disappointed with David Joel and his guitar studio. He will teach you everything you need to know about guitar playing and then some.