Learn Guitar In The New Year

Do more in the New Year 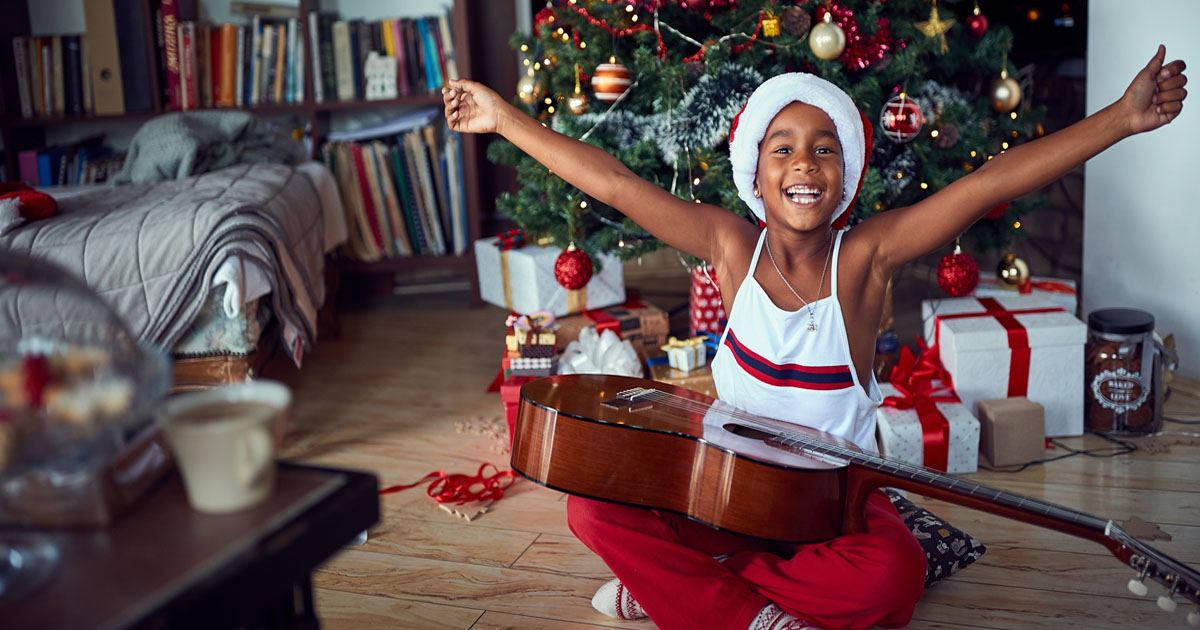 It’s time to start making those New Year’s resolutions!  It’s inevitable this time of year to think of things we would like to improve in our lives in the upcoming year.  Many resolve to make improvements in health, diet, and exercise, while others set out to become more successful, increase their income, or improve personal relationships. Perhaps guitar lessons with Philadelphia’s David Joel!

For those of us in the music world, our New Year’s resolutions may very well have to do with playing the guitar.  If you are a beginning guitar player or have even been playing for a while, here are some guitar resolutions to consider for the New Year.

Sometimes it’s so easy to say, “I’ll practice later.”  However, later usually never comes.  The hardest part of any job, practice included, is starting it.  If you just make yourself pick up the guitar and get started, the rest is easy and fun.

Distractions are everywhere and our attention is often pulled in many directions at the same time.  Turn off the cell phone, email, social media, and close the door to your practice space.  Focus with laser beam intensity on the lesson in front of you and avoid the temptation to jump around from topic to topic.  Remember, 15 minutes a day of highly focused practice will take you much further than trying to fit it all in one 2-hour practice session a week.

When learning new chords on the guitar, work on visualizing the shapes of these chords.  In other words, the pattern that the dots make when viewed on a chord diagram.  These shapes are something you will see over and over on the guitar neck and learning to visualize chord shapes (as opposed to learning each individual note in a chord) will help later as you begin to learn barre chords and chord inversions in other positions and keys.

Learn the major scale inside and out

For a beginning guitarist, the number of scale possibilities can seem to be endless.  It can be hard to even know where to start.  However, if you only learn one scale, make it the major scale.  The major scale will serve as the foundation for many other scales you may want to work with later.  Work on learning main major scale patterns for each position on the guitar neck.

Work on the ears

In the early days of learning how to play guitar we spend so much time focusing on training our fingers and hands that we can often neglect one of the most important body parts that never even touches the guitar: our ears.  Spend time truly listening to music and work on learning to pick out chord progressions and solos by hearing them on recordings.  Getting proficient at hearing music will help tap into your creative side and will go a long way toward taking you from simply playing music to truly feeling the music.

We could make this list much longer but by resolving to pay close attention to these 5 topics over the course of the New Year, you will find that you can make amazing progress on the guitar and go much further than you ever anticipated.

If you are considering lessons, give the David Joel Guitar Studio a call.  We’re happy to help you fulfill your goals in the New Year!

Categories: Benefits of Guitar Lessons in Philly, Best Guitar Teacher in Philadelphia |
Warning: count(): Parameter must be an array or an object that implements Countable in /home/customer/www/philadelphiaguitarlessons.com/public_html/wp-content/themes/davidjoel2018/functions.php on line 944
Tags: No tags |
« Guitar Lessons This Holiday
David Joel on Guitar Practice »