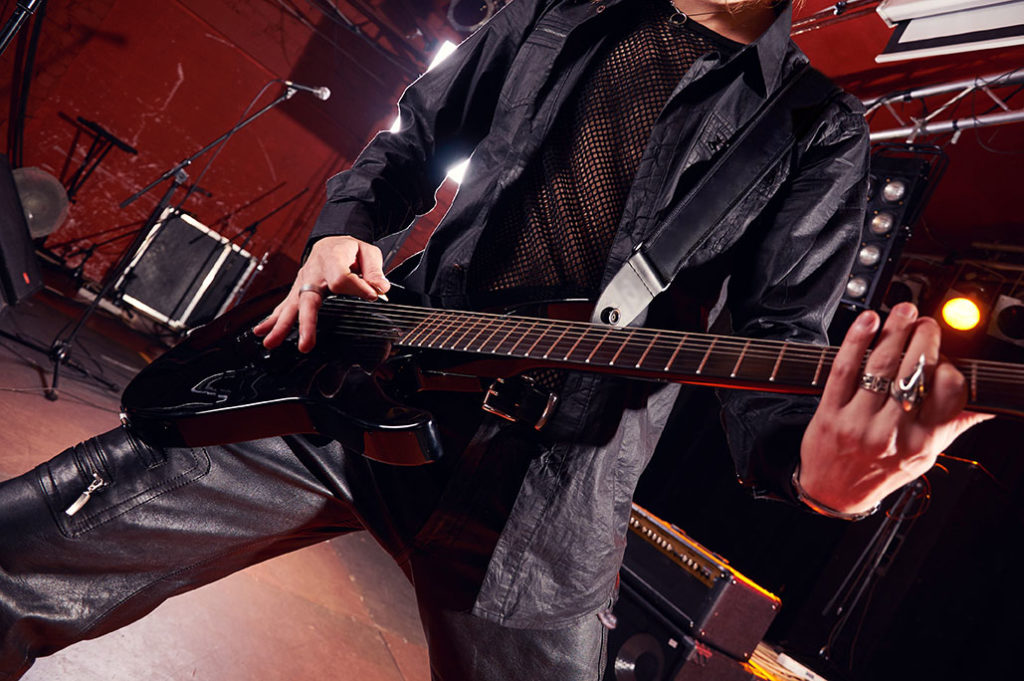 When you are first starting out as a musician, the most important thing to know is to not be discouraged by your progress. If you don’t catch on very quickly, you will eventually get the hang of it. Every famous musician started from the beginning, right where you are now. They received mastery of the guitar through years of practice and years of being taught. It can happen to you too.

Why are guitar lessons so important when trying to master this instrument? Watching YouTube videos and reading from books can help you. But they aren’t there with you, showing you what you have excelled at and what needs more work. You need that one on one experience in order to gain the confidence to keep going. And you know what? Many famous artists achieved their talent this way. The best part is, even though a lot of guitar heroes didn’t start out with lessons, many of them eventually took lessons so that they could hone in on their craft. Guitar lessons are important no matter what age you are and what level of playing you are at.

Let’s take a look at some of these greats who relied on others to teach them:

Jimi Hendrix – Mr. Hendrix, arguably the most influential guitar player of all time, learned to play guitar on an acoustic guitar that his father purchased for him for $5. He learned to play that guitar by ear but went on to seek lessons from local musicians where he excelled at playing.

Billie Joe Armstrong – Front man and guitarist for the band Green Day, Billie learned to play guitar at the age of 11. He received guitar lessons through his youth and actually purchased his first guitar through one of his guitar teachers.

Eddie Van Halen – One of the best guitar players in the world and founder of legendary rock band, Van Halen, Eddie first instrument was surprisingly not the guitar! He was taught classical piano before picking up a guitar. At this time he could read and write music so picking up a guitar was a natural progression for him.

Joe Satriani – Having toured with both Mick Jagger and Deep Purple, Joe is the musician who caused the recent generation of “shredder” guitarists. He studied jazz under guitarist Billy Bauer as well as Lennie Tristano. He then went on to teach the likes of guitar greats Steve Vai and Kirk Hammett.

This is a very small list on the subject of legendary guitarists who took lessons in order to learn their craft. We will explore more in this series about famous musicians who took guitar lessons. While many guitar heroes have taken guitar lessons in their youth, a musician never stops learning. Many will confess they are still learning. It is how you excel.

Formal guitar lessons will teach you the basics. But there is so much more to it than that. David Joel teaches one on one lessons and David’s goals when he teaches aren’t just to get you to read music and learn the basics. He teaches you music theory and appreciation and gets to the nitty gritty of what kind of player you are or will become. With this valuable information behind you, you will soon discover your unique sound. Philadelphia guitar lessons have never been easier to achieve with the David Joel Music Studio.