« Mastering Guitar With Lessons
Practice Guitar in the New Year »

The History of the Guitar

The history of the guitar 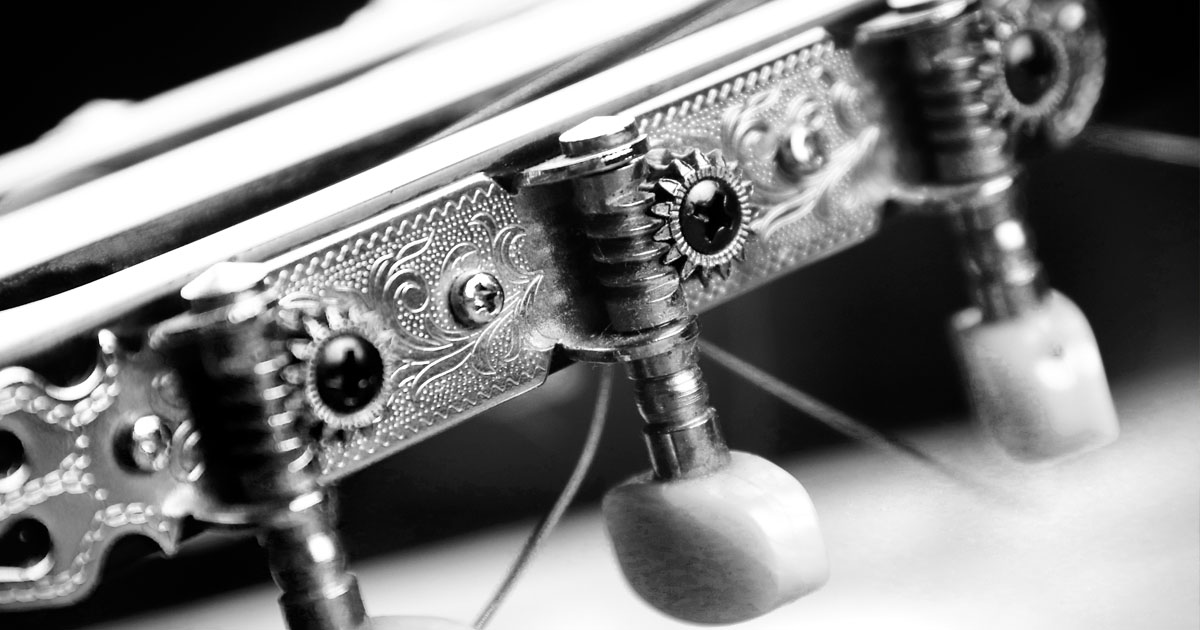 The guitar is a plucked stringed musical instrument that probably originated in Spain early in the 16th century. It is derived from the guitarra latina, a late-medieval instrument with a waisted body and four strings. The early guitar was narrower and deeper than the modern guitar, with a less pronounced waist. It was closely related to the vihuela, the guitar-shaped instrument played in Spain in place of the lute.

The guitar originally had four courses of strings, three double, the top course single that ran from a violin-like pegbox to a tension bridge glued to the soundboard or belly. In the belly was a circular sound hole, often ornamented with a carved wooden rose. The 16th-century guitar was turned C-F-A-D.

From the 16th to 19th century several changes occurred in the instrument. A fifth course of strings was added before 1600 and by the late 18th century a sixth course was added. Before 1800 the double courses were replaced by single strings tuned E-A-D-G-B-E, still the standard tuning today.

The violin-type pegbox was replaced about 1600 by a flat, slightly reflexed head with rear tuning pegs. In the 19th century, metal screws were substituted for the tuning pegs. The fingerboard was originally flush with and ended at the belly, and several metal or ivory frets were placed directly on the belly. In the 19th century, the fingerboard was raised slightly above the level of the belly and was extended across it to the edge of the soundhole.

In the 19th century, the guitar’s body also underwent changes that resulted in increased fullness. It became broader and shallower, with an extremely thin soundboard. The neck, formerly set into a woodblock, was formed into a brace, or shoe, that projected a short distance inside the body and was glued to the back. This gave extra stability against the pull of the strings. The 19th-century innovations were largely the work of Antonio Torres. The instrument that resulted was the classical guitar, which is strung with three gut or three metal-spun silk strings. Nylon or other plastic was later used in place of gut.

Guitar music from the 16th to 18th century was notated either in tablature (showing the position of the fingers on the frets and the strings to be plucked) or in a system of alphabetical chord symbols. The guitar grew in popularity during the 17th century as the lute and vihuela declined. It remained an amateur’s instrument from the 17th to early 19th centuries.

Modern classical-guitar technique owes much to the Spaniard Francisco Tarrega (1852-1909), whose transcriptions of works by Bach, Mozart, and other composers formed the basis of the concert repertory.

In the 20th century, Andres Segovia gave the guitar further prominence as a concert instrument and composers such as Heitor Villa-Lobos and Manuel de Falla wrote serious works for it. The guitar is widely played in the folk and popular music of many countries. The guitar is usually amplified, and ensembles frequently include more than one instrument, a “lead” guitar for solos, another for rhythm, and a “bass” guitar to play bass lines.

Categories: Benefits of Guitar Lessons in Philly, Best Guitar Teacher in Philadelphia |
Warning: count(): Parameter must be an array or an object that implements Countable in /home/customer/www/philadelphiaguitarlessons.com/public_html/wp-content/themes/davidjoel2018/functions.php on line 944
Tags: No tags |
« Mastering Guitar With Lessons
Practice Guitar in the New Year »