Death of the Guitar? We don’t think so! 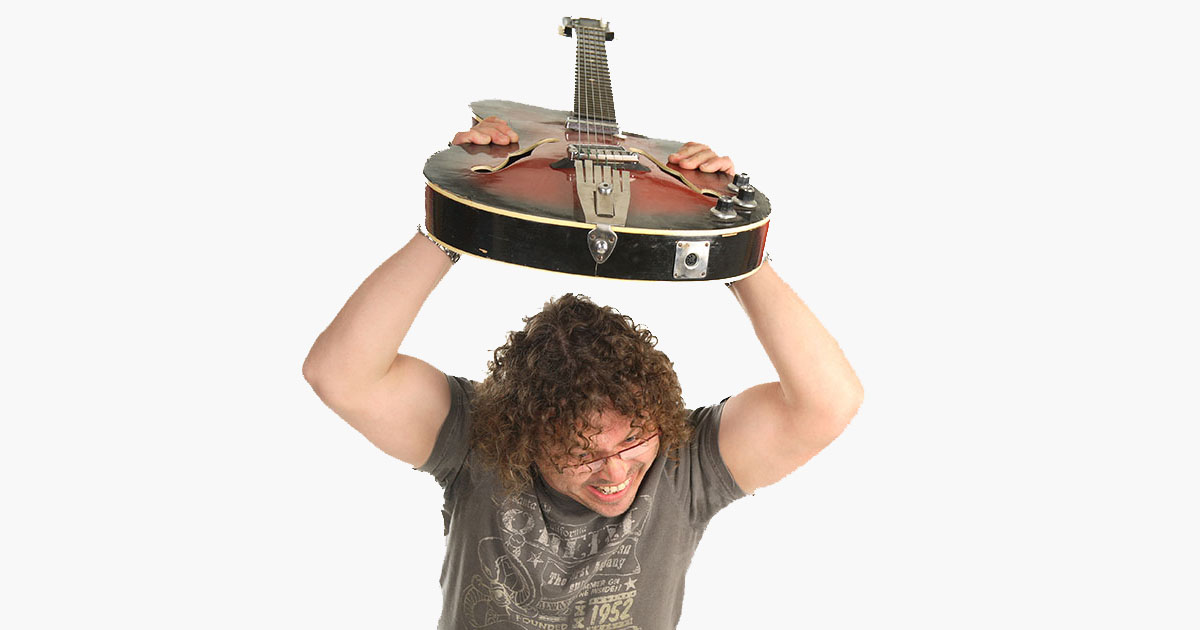 There are so many headlines being written on the state of the guitar industry including the recent bankruptcy of Gibson that it may be easy to predict that the guitar is all but extinct. This assumption, of course, is not true. When a car company declares bankruptcy, does that mean the automobile industry will become extinct? We don’t think so and we don’t think the guitar is going anywhere anytime soon. Whether you are just beginning guitar lessons in Philadelphia or have been playing for some time, your beloved guitar isn’t going to be obsolete or in danger of extinction.

The acoustic and electric guitar manufacturing industry has actually experienced solid, sustained growth over the last five years and is expected to grow until at least the year 2022. Though one of the industry’s giants, Gibson, filled many with panic, it wasn’t really the indication of the overall state of the guitar. By the company’s own admission, the bankruptcy came about in large part due to its Gibson Innovations business, which the company bought in 2014. According to the bankruptcy filings, Gibson’s electric guitar sales actually rose 10 percent between January 2017 and January 2018.

Guitar sales overall have also been on the rise. According to the National Association of Music Merchants (NAMM), sales of guitars have risen by 28 percent over the last ten years. With all of this information, it’s safe to say that the guitar isn’t on its way to becoming an obsolete relic of the past just yet. In fact, the guitar is the most sought-after instrument today. Everyone wants to take guitar lessons and learn how to become monster jammers. And everyone has the ability in them, you just have to take the time and find the right person to teach you.

Even if the guitar manufacturing industry goes by the wayside, do you really think it will stop people from playing? Some of the best guitar players find that older, used guitars give them better-playing ability. Could it be that these guitars have a soul and are filled with the wisdom of their playing predecessors? Who knows but whatever kind of guitar you decide to pick up and play, play it with passion and keep on playing no matter what.

At the David Joel Guitar Studio in Philadelphia, we want you to grow as a player and learn just how precious the guitar is. When you take guitar lessons you expect that guitar to be an extension of you and depict what you are feeling. Don’t listen to the naysayers who think the guitar industry is on its way out, do what you love and do it because you love it. Let David Joel show you how to play and how to keep getting better through practice and hard work. With David’s one on one teaching style, no student will walk away unhappy.

Take lessons with David Joel today and dispel the myth that guitars are becoming obsolete.

Categories: Philadelphia Guitar Lessons |
Warning: count(): Parameter must be an array or an object that implements Countable in /home/customer/www/philadelphiaguitarlessons.com/public_html/wp-content/themes/davidjoel2018/functions.php on line 944
Tags: No tags |
« NE Philly Guitar Lessons
Play Solo or Ensemble Guitar »