Do you want to be a solo guitarist or ensemble guitar player? 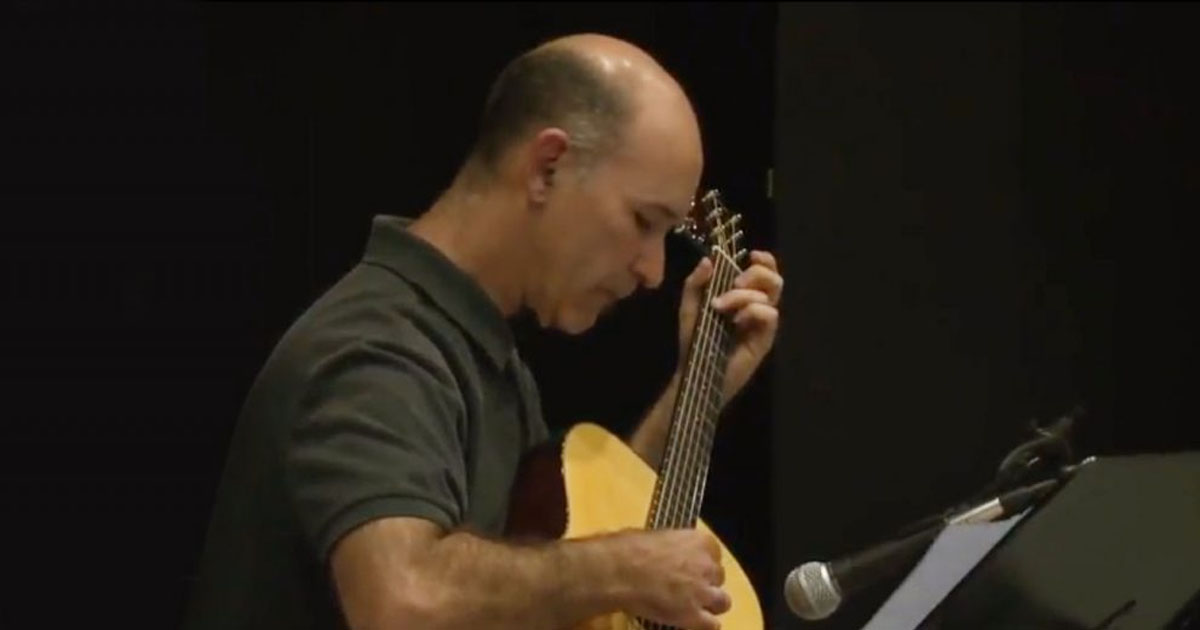 When you begin learning to play the guitar, you have to think about what kind of guitar player you want to be. As you progress through the learning process, you will start to consider narrowing your focus in order to deepen your results. One of the fundamental specialization decisions for guitar players is whether they will primarily play in a solo guitar setting or an ensemble guitar setting.

Solo guitar players play a variety of styles, including classical, Latin, jazz and funk. Just about any style can be arranged for solo guitar. Solo guitar players will focus their practice on learning, creating and playing interesting arrangements of tunes, or sometimes writing their own. A strong understanding of chords is necessary to play multiple parts.

The solo guitar player has the freedom to play interesting harmonies and intertwined melodies. This offers players a chance to play complete musical arrangements by themselves. Because solo players are so independent, they can easily shine on their own when somebody asks them to play a tune.

Solo guitar playing seems more challenging but it requires so much coordination. However, there are a number of solo guitar tunes available for beginners. Solo guitar is a quicker path to discovering the magic of playing the guitar. It a total beginner can hear all of the parts coming from their own fingers, it can be hypnotizing than learning the individual parts.

The ensemble guitar player may play one or several of many styles. These include most contemporary popular music, rock, blues, jazz, Latin, and funk. Compared to a solo setting, playing in an ensemble requires a different skillset. Rhythm is important for any musician but especially so for an ensemble musician. While a solo musician can bend the flow of time, an ensemble musician risks throwing the whole group off of balance by any small error.

Although playing with the support of a band may seem easier on the surface, it isn’t really. You can always drop out and let the rest of the band carry the tune but to really pull your weight you need to be able to play a number of rhythm and accompaniment parts and in some styles of music, you are expected to be able to play an improvised guitar solo.

Every guitar player should be able to play a solo guitar tune and a tune meant for a musical group. Only then will you know which one suits you better. However, specializing doesn’t mean excluding one as much as it means focusing on the other. Don’t be afraid to make the decision to focus on solo playing or ensemble playing. Ideally, every player should be able to play a little bit of both.

When you begin to take guitar lessons in Philadelphia, consider going to the David Joel Guitar Studio. You will learn privately and one on one with David Joel. This will keep your focus on learning. Once you are confident, you can try playing with others. Eventually, you will find which style suits you.

Categories: Benefits of Guitar Lessons in Philly, Best Guitar Teacher in Philadelphia |
Warning: count(): Parameter must be an array or an object that implements Countable in /home/customer/www/philadelphiaguitarlessons.com/public_html/wp-content/themes/davidjoel2018/functions.php on line 944
Tags: No tags |
« No More Guitar Lessons?
Why Guitar Lessons? »